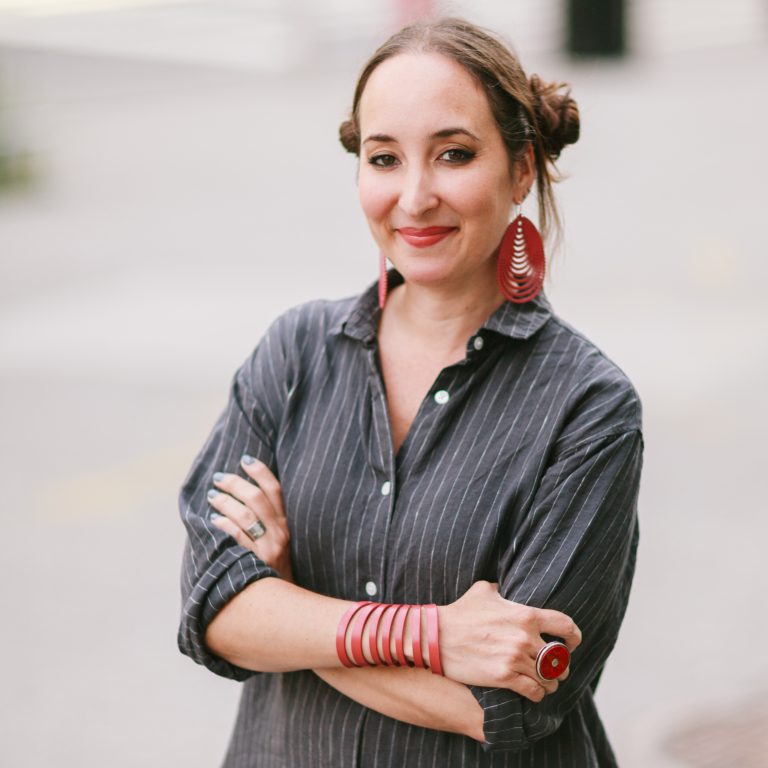 Marlène is a Puerto Rican cultural producer, artist, and educator based in Brooklyn, New York. She is the Founding Director of EMERGENYC, an incubator and network for emerging artists-activists in New York City and beyond, focused on developing the voice and artistic expression of people of color, women, and LGBTQAI+ folks. In 2021, she brought the incubator to BAX | Brooklyn Arts Exchange, where she is currently part of the leadership staff as Director of EMERGENYC and Practice Lab. Marlène is also co-founding director of Fulana, a Latina satire collective, and Director of Implementation of the Latinx Arts Consortium of New York, a network of arts organizations dedicated to knowledge exchange, resource sharing, and collective action. Through Mujer Que Pregunta, she uses Tarot as a tool for visioning and works as a Process Doula for artists, scholars, and cultural workers as they shape their ideas, clarify their purpose, and make sure their projects align with the goals of their practice. She serves on the Board of Directors of the National Performance Network, and on the Board of Advisors of The Action Lab and the Center for Artistic Activism. In 2018, she curated “Cuerpxs Radicales: Radical Bodies in Performance,” a live art series presented at the Brooklyn Museum in conjunction with the Radical Women: Latin American Art, 1960–1985 exhibition.

george emilio sánchez has been the Performance Director and Lead Instructor of EMERGENYC’s flagship program since its inception in 2008. george is a writer, performance artist, and social justice activist. He began making original pieces in 1992 and has continued making performance work and social justice projects to this day. He is currently in the process of crafting a new performance series titled “Performing the Constitution.” As the Abrons Social Practice AIR he works with youth groups on the Lower East Side to use the arts as a restorative tool while addressing the reality and trauma of gun violence. For the past two years, he organized and facilitated BANG BANG GUN AMOK, a 24-hour performance filibuster on gun culture. He is a Professor in the Performing and Creative Arts Department where he served as the chairperson for 12 years. george’s work has been presented by theaters and museums in over 25 states and has received support from National Performance Network, the Fulbright Program (Peru), New York Foundation for the Arts, the Jerome Foundation, and the Rockefeller Foundation.