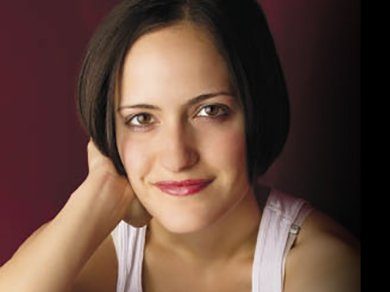 Fernanda Coppel (she/her) is a Mexican/American playwright and screenwriter. Her play King Liz received its world premiere at Second Stage Theater in 2015. King Liz was published by Samuel French and has recently been optioned by ABC Signature and 42 for television. Fernanda will be penning the pilot. Her professional New York debut, Chimichangas and Zoloft premiered at the Atlantic Theater Company in 2012 and is published by Samuel French. Fernanda received the New Play Commission from Williamstown Theatre Festival in 2015 where she wrote her latest play: AYA or Dear Lover. She’s currently working on a commission for La Jolla Playhouse of a new play entitled: Friendship Park. Fernanda’s work has won the 2012 HOLA Award for Outstanding Achievement in Playwriting and the 2012 Helen Merrill Award. She’s an alum of: The Juilliard School, NYU (M.F.A.), and UC Santa Cruz (B.A.). Fernanda’s also written for TV shows such as: Shonda Rhimes-produced How to Get Away with Murder, Jason Katims’s Rise, USA Network’s adaptation of Queen of the South, among others. In feature film, Fernanda co-wrote No One Gets Out Alive which was produced by Netflix and Andy Serkis’ UK-based Imaginarium Productions and premiered on Netflix in fall 2021.