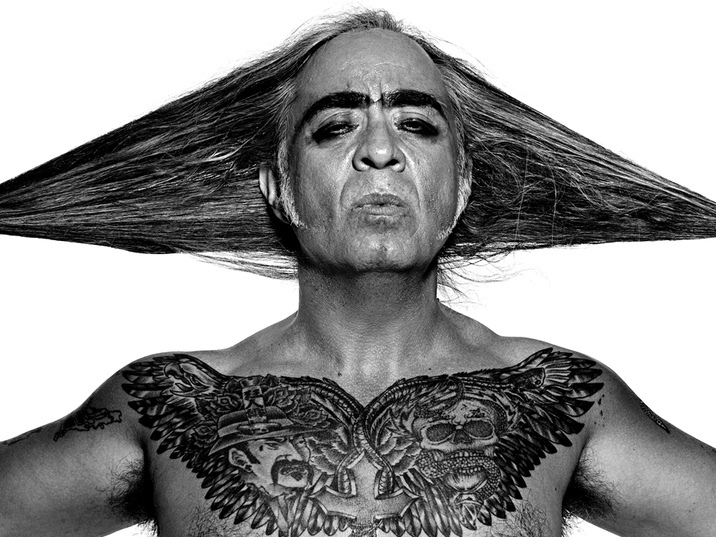 Performance artist/writer Guillermo Gómez-Peña resides in San Francisco where he is the artistic director of La Pocha Nostra. Born in 1955 and raised in Mexico City, he traveled to the U.S. in 1978 to study Post-Studio Art at Cal Arts. His pioneering work in performance, video, installation, poetry, journalism, cultural theory, and radical pedagogy explores cross-cultural issues, immigration, the politics of language, “extreme culture” and new technologies. A MacArthur Fellow and American Book Award winner, he is a regular contributor to National Public Radio, a writer for newspapers and magazines in the U.S., Mexico, and Europe, and a contributing editor to The Drama Review (NYU-MIT). For twenty-five years, Gómez-Peña has been exploring intercultural issues and border culture with the use of mixed genres and experimental languages. He mixes experimental aesthetics and social reality, English and Spanish, Chicano humor and activist politics to create a “total experience” for the viewer/reader/audience member. These strategies can be found in his live performance work, his award-winning video art pieces, and his books.