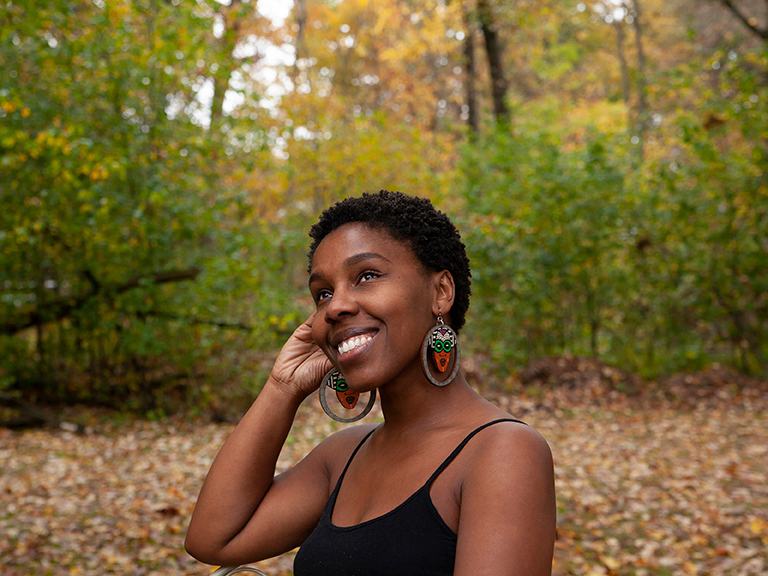 janet e. dandridge is an Interdisciplinary Artivist who encourages awareness and discourse around, as well as solutions to, ideologies that perpetuate injustice.  janet intersplices theatrical performance, photography, empirical data, identity politics, and whimsy into a keen reflection on social constructs and governing policies.  Primarily using performance art, interactive installations, and abstract photography, janet examines trauma and resilience, geometric therapy, normalized racism, Otherness, and the power of Black women.  As an example of her work, in Amendment: Knell of a Nation (AKN), janet uses her body as a beacon of strength to physically remove the dehumanizing and marginalizing weight of greed embedded in the symbolism of the American flag.