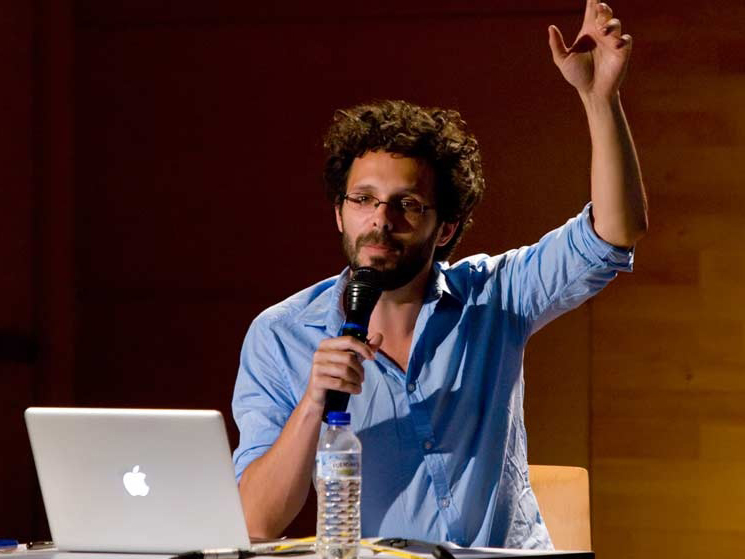 Leónidas Martín is a Professor at Barcelona University where he teaches New Media and Political Art. For many years he has been developing collective projects between art and activism, some of them well known internationally (Las Agencias, Yomango, Prêt a Révolter). He writes about art and politics for blogs, journals and newspapers, has created several documentaries and movies for television and internet, and is a member of the cultural collective Enmedio. Last but not least, he is an expert telling jokes, often using this divine gift to get free beers and avoid police arrest. Leo tells stories about the current upheaval in Spain, among other things.