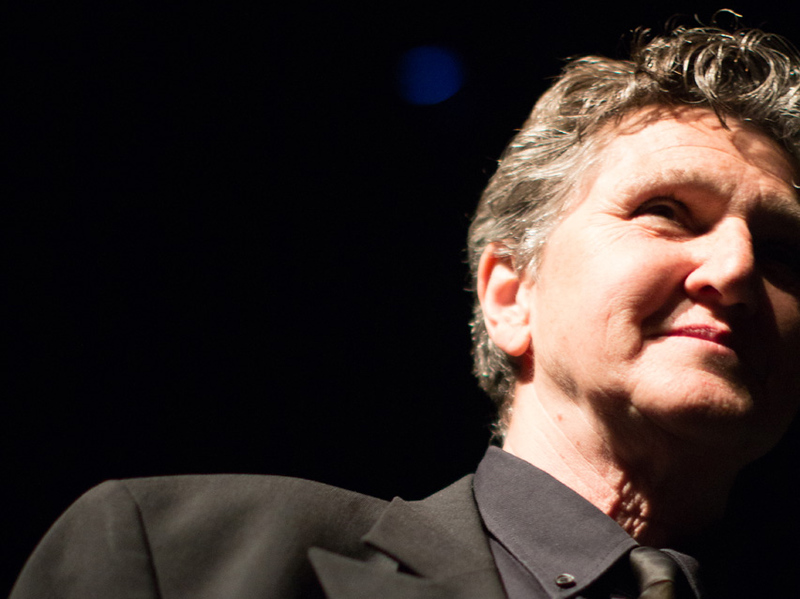 Peggy Shaw is a performer, writer, producer, and teacher of writing and performance. She is a 2019 Guggenheim Fellow, a 2016 USA Artist Fellow, and was the 2014 recipient of the Doris Duke Artist Award. Peggy co-founded Split Britches and WOW in NYC. She is a veteran of Hot Peaches and Spiderwoman and has collaborated with Lois Weaver since 1980. Peggy was born in Belmont Massachusetts in 1944. She completed a BFA in Painting and Printmaking from the Massachusetts College of Art and moved to New York with her daughter Shara in 1967. In 1978 Peggy joined Spiderwoman, and by 1980 Lois and Peggy formed their own company after collaborating on the performance Split Britches: The True Story. Split Britches’ collection of scripts, Split Britches Feminist Performance/Lesbian Practice, edited by Sue-Ellen Case, won the 1997 Lambda Literary Award for Drama. Her book A Menopausal Gentleman, edited by Jill Dolan and published by Michigan Press, won the 2012 Lambda Literary Award for LBGT Drama. It includes scripts of her solo performances: You’re Just Like My Father, Menopausal Gentleman, To My Chagrin and Must.